Screen Shot From All Guitar Chords

I love learning new guitar chords I can use in songs I love to play and learn. Sometimes I find chords that actually fit other songs which may just use a major chord when really they didn’t know that it wasn’t. I have a guitar playing buddy that does that all the time and it works for him.

An example might be when a C/E chord is played in a song and a C chords is used instead. It can still work but with that one extra note it can make such a difference in the quality of that chord. The C/E chord is a C chord with the low E string played as the bass note.

Well I’m not meaning to sound like I’m complaining about Gary. He just always take the time to learn the actually chord. It’s so cool when I point out a chord that he has been using for years and give him the right finger positioning for the right chord. At first he’s offended I would imply he is not using the right chord but then he’s excited about it.

Now I’ve given him a link to a site that has so many chords and chord variations. All Gary has to do now is to find the chords and click get to get a visual of it’s positioning on the neck of a guitar. How much easier is that.

The site is All Guitar Chords and is so worth visiting. I spend so much time there just learning new chords and getting the feel for them. Quite often I hear something in the chord that makes me think of a song and then it’s off to learn it.

Learning how to form chords on your acoustic guitar is important. If you aren’t forming your chords correctly you may just be hampering your speed. I didn’t learn much when I first started playing but what I did learn was how to form a proper chord and how to change to the next efficiently.

The thing is I gave up after just a couple of months as I had no one to play guitar with and no one to help me with learning how to play with rhythm. Books were great for learning chords but didn’t do anything for my playing.

Many years later when I picked guitar up again and had access to friends who play and of course the Internet I still remembered the chords I had learned more than 25 years earlier and how to form those chords.

My new guitar playing friends had learned to play more than 30 years ago and knew hundreds of songs but when I started learning from them I realized I was getting faster or they were getting slower. They didn’t form their guitar chords the same way I do and it actually confused them.

Example: Let’s use a chord change between G and C. I will use images to show you rather than type out confusing words. They say a picture is worth a thousand words anyways.

To the left is a diagram showing my finger positions while forming a G chord. On the right is how my friends form their G chord. They both sound clear and clear but what happens when they have to change to chords from the G to a C, a G7 or a Gsus4.

Numbering your fingers starting on the left with your index finger through to your pinky are 1, 2, 3 and 4. So my finger positions when forming a G chord are as follows. I use fingers 2, 3 and 4, shown in the image about and to the left. My guitar buddies use fingers 1, 2 and 3 to form their G chord.

Now let’s switch to a C chord and see what happens to our fingers as we all use the same fingers to form the C chord.

I am able to move my fingers 2 and 3 from the E and A Strings to the A and D string with ease and just drop my index finger on the B string first fret.

My friends however have to remove all their fingers in order to reposition them correctly.

And if we look at the G7 and Gsus4 we use in a lot of songs it’s the same thing. I can keep my finger positions easier and just drop my index finger into place while the others have to reform the entire chord each time.

They have since learned the chord pattern I use for my G so they can switch much more efficiently but they still use the old G formation for all other songs. It gets hardwired into your brain and can easily cost you when it come to playing those really fast songs.

Take the time to learn how to form chords using the most efficient finger positioning and you will get faster and smoother.

Two excellent places to learn how to play guitar without leaving the comfort of your home are Jamorama or Jamplay or both. I am evaluation both at the moment and have found them both to be great places for starter or for those that wish to take their guitar playing to the next level, which is what I wanted to do.

How To Read Guitar Sheet Music

Not all people have the talent to play musical instruments because not all people know how to play these instruments like the guitar but nobody in this world is born with that knowledge already and everybody still needs to discover and hone their talents, which is why if you don’t know how to play the guitar, you can learn to play guitar and there are several reason why you should.

After all, music is everyone’s favorite, right? Music is loved by almost everybody and this is considered part of your life so if you think you love listening to the music and you think it’s fun, you will think it is even more fun and entertaining if you know how to play the music yourself through guitar.

Being a beginner is not a hindrance to success in learning how to play the guitar but you must consider the following tips in playing the guitar for beginners: 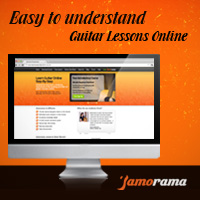 Open chords really are a blend of fretted notes and open strings and althought they’re the fundamentals they are extremely helpful even for a professional player. One of many cool things about open chords is that many tunes have already been written using them and as soon when you can change without problems between chords you will have ability to access a huge repertoire rendering the whole learning procedure a thrilling time.

Open chords possess a unique sound and are also used by both novices and pros in numerous genres of music and that is certainly why you’ll usually see guitarist make use of a Capo to shift these shapes in different places on the fretboard to get different chords.

It may need 2-3 weeks usually to memorize every one of the open chords and learn to switch correctly between them but once that’s completed you can start working on the strumming hand and become familiar with a few basic rhythms to add some life to your tunes.

Again this is not too tricky. All that you should do is make sure that you learn how to play on the beat employing a down stroke first and you can begin incorporating some up strokes on the up beat.

Although it might seem very easy let me tell you that to teach yourself to play guitar can became an utopia unless you don’t follow two essential steps! First in order to learn these basic concepts you will have to put in time and effort. It’s important to have a good practise program – we suggest the very least of 30 minutes per day – and adhere to it for a 5/6 days a week.

Lastly you must have a great learning program/course that can explain to you what you need to learn step by step so that you can maximize your efforts. If you only have 30-60 minutes a day there’s hardly any room for wasting time on random exercises.

Clearly playing the guitar is an art and will require a lots of work to master the instrument but these basic concepts are everything you must know to teach yourself to play guitar and will get you started right away.

For much more tutorial and education with regards to Strumming Patterns go to this site for complimentary acoustic guitar lessons.  Or if you have a preference for a good Italian web site simply just visit Manuale Di Chitarra.

Finger exercises are important as are the techniques you learn. Like the guy in the video above. He shows you that you need to focus on keeping your fingers low and close to your strings so that you get even faster.

The exercise above is just one technique of many which could include:

I love hammer-ons and bending the strings for that little extra they provide to the music.

What I have found, going to local guitar jams, is that I learn other people’s style of playing without realizing I am learning.

When someone new comes to the jam, with a different style, I find over the next week I seem to improve my playing. It was a long time before I put two and two together and realized it was new playing styles.